100 years has passed since the Easter Rising in Dublin. It started April 24th so officially we aren’t at the  100 year marker yet, but it was Easter so it feels correct to remember it on this bank holiday. At the time, many of the Irish population were condemning of the action, distancing themselves from what had happened. Some had family gone to WW1 to fight with the British. Families rightly worried about the effects this uprising at home might have had on their loved ones away under British authority. People at home may have felt the fighters were foolish.  Over zealous. Fighting a losing battle. Money was so tight that many just thought of bread on table and thought fighting in their own backyard a pointless waste of time. So what happened to make this battle legend? Was it the fight 300 style like the Spartans portrayed through the film?

The feeling of being able to finally shout about what made people angry? The moment of feeling a somewhat type of control over the British as they panicked?  The ‘rebels’ held on longer than anticipated by the public. This made people sit up and listen. When it ended, many were imprisoned, 90 sentenced to execution but this full 90 did not die. When executions began, the reaction was one of such horror and condemnation the British government put a stop to it. Not before 16 leaders were shot however, one of whom was dying anyway. The bald execution of the leaders is largely believed to be a turning point in emotions towards the rising. They were shot to teach a lesson. It seemed cruel and unnatural. Instead, they were seen as martyrs.Their stories spread fast and far. They were to beome heroes of the rising who died for beliefs and passion.

Ireland and Irish TV are remembering in style. I must credit all the shows that have been on and made for this anniversary. I have learned about the horrors anew and from many different angles. So many children died in crossfire. So many civilians. Barbarism. Had the Rising the effect it required?

It brought us to our next 100 year anniversaries.  1919-1921 War of Independence ( Anglo/Irish War). Will we celebrate the fears and tragedies of this bloodbattle? 1921-The signing of the Treaty. The jury is still out on this one. The eternal division of Ireland into North and South, Michael Collins (professional guerilla fighter) sent as delegate and envoy to London by Eamonn De Valera, to lose the battle of words. Was the choice deliberate? The beginning of Dáil Eireann. The start of our political parties who ironically can never agree and today stand undecided as to who is Taoiseach even during this commemoration as government has not formed through normal election. Events after the treaty were to become more violent and splintering for Irish people and this would continue into the future.

There is no doubt but the Rising is now immortalised as a battle of legends. A small amount of brave men and women standing for Irish independence. The bystories that we know of with it can be heard in any visit  to Kilmainham jail (where many films such as ‘The Italian Job’ and ‘Michael Collins’ were shot afterwards) and in many of the excellent books on the topic. I watch the dramatised versions, but always cautiously and choose not to fully believe all as fact.Watch this beautiful version of ‘Grace’ performed in Kilmainham Jail.

I love imagining the personality of a poet! Reading their works.  Their books quotes from them. Quotes about them. I then like to try and get inside the reality of the person. Poets were or are living and breathing humans. Just because their word is in print, highly respected and oft quoted doesn’t mean it is law.  It is there for discussion. To provoke thought. Naturally you can only do this with an easy conscience if you have been exposed to the poet for a long time otherwise you can be accused of deliberately jumping to opinions. As an Irish person, I have read Kavanagh intensely which is why I talked about him in Cupid shoots Poetry. Obviously Yeats has been in my world since, well birth really. My home was one of books, reading and writing. So Yeats has been about a long time in my life. I don’t holiday in Sligo without going to his grave! I know. Sounds depressing. You need to see this location however!

Yeats is synonymous with Easter 1916 to me and many others, I assume as he attempted to document his complex, pained reactions so powerfully in poem Easter 1916 and afterwards in many poems. Every student of Yeats will read this poem. I doubt there is a primary school in Ireland who won’t read it this year especially.

It is very interesting to teach as you can start by talking about Yeats’ respect for Irish heroes gone by.  You can study September 1913 first as the perfect precursor chronologically and thematically. If you clicked the link, you will have seen a typically austere and sternfaced Yeats recite his poem aloud. A worn, embittered and disillusioned Yeats condemns the Irish people for a lack of passion, of bravery and devotion to the cause. He believes their mercenary ways have become priority,  preferring to ‘fumble in a greasy till’ after pennies and profits.  The language he uses likens the people to grubbiness and dirt. He shows his disapproval of their blind faith as they add ‘prayer to shivering prayer’ and implies hypocrisy is at work. Shop owners are showing meanness and no charity. The mantra in this poem, ‘Romantic Ireland’s dead and gone, it’s with O’Leary in the grave’ sets and maintains a sombre tone consistently. He remembers patriots such as Edward Fitzgerald (click here), Robert Emmet (click here) and Wolfe Tone (click here), men he personally sees as true Irish heroes, and flings their names at readers as examples of what Irish people should be like. There is no doubting his anger and frustration.

How was he to feel therefore when news arrived to him in London of events in Dublin? It is clear that he has a mixed reaction. I think he does not feel as much pride as pity. I think he is shocked. Fearful even. Overwhelmed. It may be that it is easier to imagine a hero from legends written, as we can now of Pearse or Plunkett.  To Yeats, who knew some of these men socially and had made the odd ‘gibe’ at their meetings and planning, their sudden proactivity stopped him in his tracks.

A new mantra replaces the one from ‘September 1913’. ‘All is changed,changed utterly: A terrible beauty is born’. The oxymoron in the phrase of a ‘terrible beauty’ is perfect when attempting to summon Yeats’ true feelings on the event.  He should be elated by this show of heroism or passion. Yet he is horrified.  The reality in the cold light of day and in the present is too raw, too difficult to applaud.

By stanza two he tries to speak of each patriot. He uses the third person such as ‘that woman’s’ (Countess  Markievez). He even tributes Major John McBride who married his deepest and most infamous (albeit unrequited) love, Maud Gonne .

Fear of the unknown caused many issues for these insurrection fighters as their support waned. What would happen next? Would Westminster waver? Yeats reflects this too.

It is right to remember these events. It is difficult to know how to feel about them. Transience makes the rising feel powerful, brave and fearless, a wonderful moment of Irish uprising for beliefs, just as Yeats feels for the United Irishmen. His bewilderment however I think must reflect the true feelings of the time when an on the ground rising was occuring. Gritty. Destructive. Horrifying.

So today I will think of that. I will remember all those who died in innocence as well as battle. I will recall the reason the patriots fought and give them salute. Have we had those we could call hero in Ireland since? Many would say only the tragic hunger strikers.

Events in Belgium, France, Turkey and far too many more places make us see we have not left fear in 1916. A different fear now lives.

A uprising can be inevitable in a place where wrong is done. It is as Yeats says, ‘A terrible beauty is born’ when violence is enforced to stand by passion. 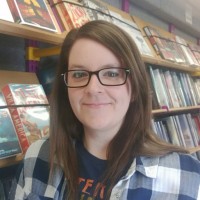 Midlife without the crisis